Barn Talks April 4, 2019
​
New Rules of Engagement:
From the Battlefield to the Business World
​
A Conversation with SVHS Graduates,
Jeff Martindale '81 and Bill Angeloni '83
​ 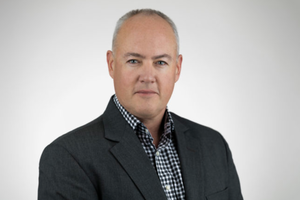 Prior to joining McChrystal Group, Jeff spent 27 years in the United States Army, retiring at the rank of Colonel, after a career in both conventional and special operations units, including the 75th Ranger Regiment and the Joint Special Operations Command. As an accomplished combat commander, he fought in the Gulf War and during multiple combat tours in Iraq and Afghanistan.

Jeff’s most notable achievement was as part of the Afghanistan surge strategy in 2010-2011, when he commanded a Brigade Task Force of over 4,000 US soldiers while coordinating the efforts of special operations, US interagency organizations, Afghan Government, and Afghan Security Forces to defeat the insurgency in Kandahar City, Afghanistan.
​
Jeff has a master’s degree in National Security and Strategic Studies from the Naval War College, a master’s degree in Human Resources, Training and Development from Webster University, and a Certificate in Leading Change and Organizational Renewal from Stanford Graduate School of Business. He attended the United States Military Academy at West Point where he received a Bachelor of Science in Engineering. 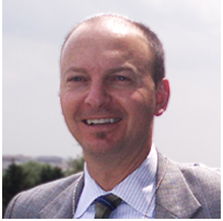 Bill graduated from SVHS in 1983 and the United States Naval Academy in 1987 where he studied aerospace engineering.  He served in the Navy in a support role during the first Gulf War after being mis-diagnosed with a heart condition.
​
Bill received his MBA from Northwestern’s Kellogg School and transitioned to the business world in 1992.  Always enamored with aviation he became a private pilot and started his career at United Airlines, first in their strategy group, and then leading a team responsible for the planning of the 20,000 flight attendants around the world.

Exposed early to management consulting, he first joined a boutique firm focused on the aerospace industry, and was later recruited to a global firm. Bill then joined a start-up recruiting him to open their European operations, and run their Aerospace business growing that company from $1m to $200m over three years, and taking it public.

Bill co-founded his own management consulting firm Tenzing, which is in its 17th year serving clients around the world in performance improvement.  He took a seven-year “sabbatical” from Tenzing where he turned around a $100m technology JV between Boeing, Lockheed, and others, and started other businesses in renewable energy, finance, and the wine industry.  One of those businesses raised $100m in 2018 to continue its rapid growth.​

Bill and his wife Pat moved their family to Sonoma in 2003 so they could enjoy the great town and also become Dragons!  He is back at Tenzing full-time and owns a local restaurant supply business with a partner.  Bill sits on several public and non-profit boards.

Thank You to Cornerstone Gardens for Supporting Barn Talks! 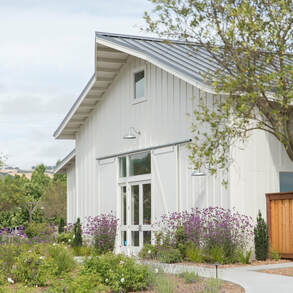 Barn Talks is a speaker series hosted by the Sonoma Valley Education Foundation featuring alums of our high school, in really cool barns, allowing our students unique public speaking opportunities.
​
Proceeds from the Barn Talks benefit one of the foundation's programs from early childhood literacy to college and career readiness. The series serves as a way for students to learn about a variety of exciting career positions and community members to meet fascinating and accomplished people with roots in our small town of Sonoma. ​